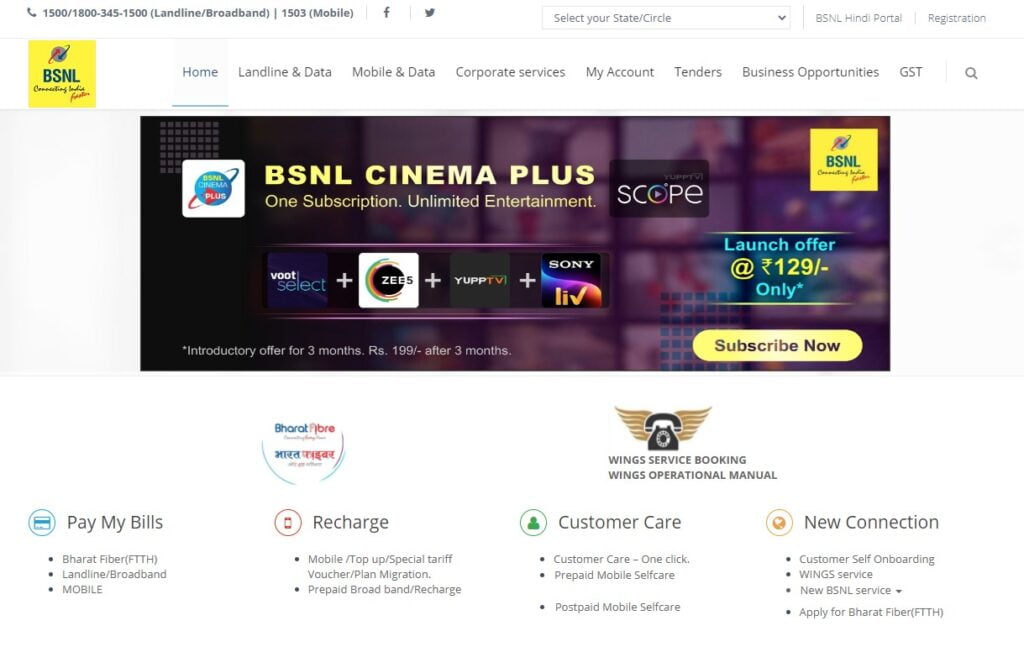 BSNL provides users with 5GB data per day at 10Mbps to its fixed-line users as a free trial offer. And after exceeding the daily use limit, the speed drops to 1 Mbps.

Are you working from home? Want to take the internet home? Bharat Sanchar Nigam Limited-BSNL, a public sector telecom company, offers broadband plans with a speed of 100 Mbps. Offers plans for six months, one year, two years, and three years along with the monthly plan.

BSNL’s Rs 4,499 broadband plan offers 55 GB of data per day at 100 Mbps speed. A maximum of 1,705 GB of data can be used per month. Speed ​​drops to 4 Mbps per day after fully utilizing 55 GB of data. You can make unlimited calls to any network in the country.

Hotstar Premium and Amazon Prime accounts are available for DSL and FTTH postpaid plans free for one year. BSNL broadband plans are also available in rural and urban areas with speeds up to 100 Mbps on Bharat Fiber.